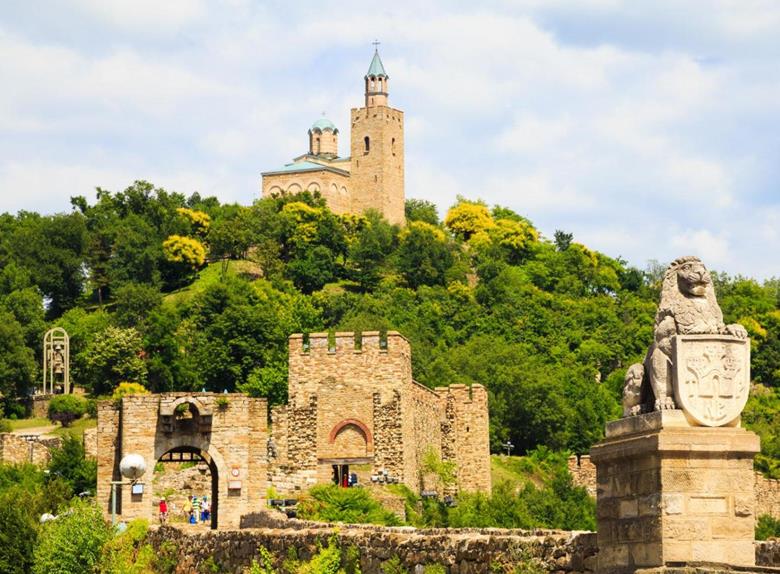 The town of Veliko Turnovo is built in the ending outskirts of the Central Fore Balkan. The town is situated amphitheatrically on 4 hills - Tsarevets, Trapezitsa, Momina Krepost and Sveta Gora, the ridges of which were indeed the deeply inclined steep banks of the Yantra river meanders. Tsarevets was the capital of the Second Bulgarian Kingdom in XII century AC. Ancient travelers write about the town of Turnovo as "the second after Constantinople" in its beauty and might. The fateful events from the 13 centuries old Bulgarian State are related with this town, such as the Second Bulgarian Kingdom's apogee in XII - XIII centuries AC and the adoption of the First Bulgarian Constitution in 1874.

Seven centuries ago as a capital of the Second Bulgarian Kingdom the town of Tsarevets had had a major role in the political and the spiritual life in Bulgaria. Although there were very little evidences preserved by now they give clear information for the might of the Bulgarian Tsar dynasties and the Bulgarian Patriarch influence together with the spiritual activities in the former throne town. Archaeological researches show a significant civil, residential and cult building. The most monumental of it were the King's and Patriarch's Palaces. The exquisite architecture, the original and realistic murals in the cherishes, the colourful mosaics and handdiccraft masterpieces show the high disposition and artistic genius of Bulgarian masters, such as Zachary Zograf and Kolio Ficheto.

Now the old town quarters are preserved with their dislocated on terraces Bulgarian Renaissance houses, with their fine interior, handdiccraft workshops and cafés. The today's travelers describe it as the most beautiful Bulgarian town. Now the town of Veliko Turnovo is an administrative, economical and cultural center. The audiovisual performance "Sound and Light" are attractions for the visitors of the town.