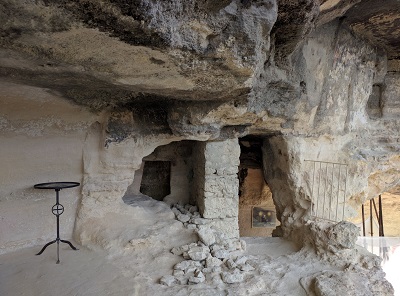 This is one of the few preserved and accessible rock monasteries in Bulgaria, dating from the early Middle Ages and conforming to the hesychastic idea of silence, asceticism and moral perfection. Monastic cells and a small church have been dug into a sheer rock, 14 km from the city of Varna and close to the Black Sea resort of Golden Sands. Differently coloured 13th-14th century frescoes are still discernible on its walls.